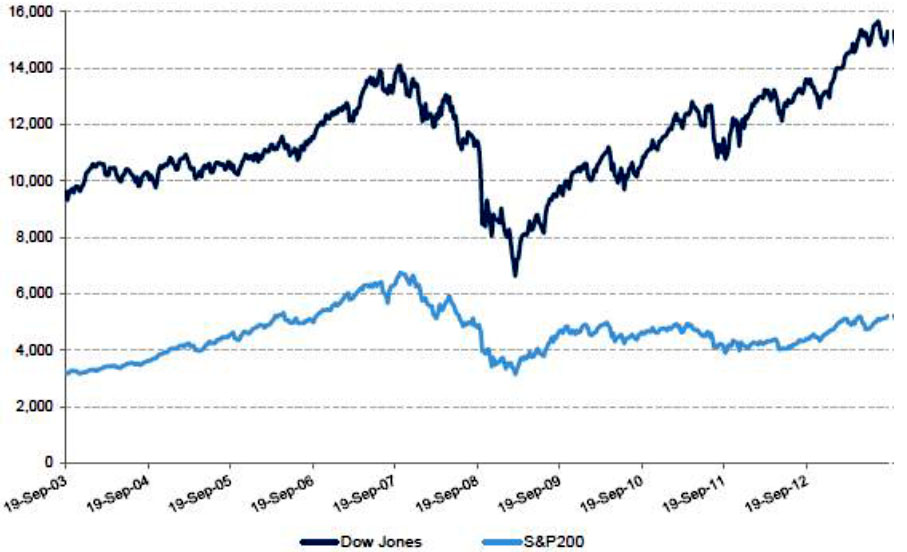 If the comparison of the two markets is converted to a common base from 2003, interestingly they almost track in line with each other with both indices up around 65% over the past 10 years:

Accumulation Indices Include Dividends
In newspapers and TV the commonly reported indices include capital price only, but not dividends. In comparing the accumulation indices, the higher yielding Australian market has significantly outperformed the US Dow Jones. The Australian market is up around 150% and the Dow Jones accumulated is up around 110% over the same 10 year period.

Dow Jones vs S&P/ASX200 Accumulation indices including franking credits in common base terms.

On a total return basis the Australian market set a new high both excluding and including franking credits in October 2013 and this highlights the total return buy-and-hold investors would have achieved, which has more than made up for the GFC declines.